Fall semester has brought remarkable opportunities for travel and personal reflection. I have been teaching online from hotel rooms in Sarajevo, Bosnia & Herzegovina and Cologne, Germany. Over the past week, I have had the deep honor of teaching and learning about media literacy in relation to fake news, propaganda and conspiracy theories in Eastern Europe at the Media Meets Literacy Conference in Sarajevo. In just a few days, I will speak to scholars and educational technology leaders at Diggi 17 in Cologne. I am grateful to the U.S. State Department missions in Bosnia and Germany for enabling me to meet leading journalists, scholars and NGO leaders to discuss the practice of media literacy education in diverse cultural contexts.

Travel is learning on steroids. Learning about the golden age of Ottoman Bosnia by visiting the exquisitely renovated house, Srvca tapped into my love of historic architecture, of course. I enjoyed reading Bosnia: A Short History by Noel Malcolm. Yes, I visited Vijećnica, the former site of the National Library of Bosnia and Herzegovina which was damaged in the war. Viewing The Love of Books: A Sarajevo Story also helped me understand the courage of librarians and scholars who protected the historic treasures of their country. 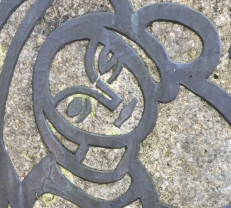 Yes, I experienced the mosque of Gavi Huzrev-beg, listening to the soothing sounds of water patter across the courtyards. I visited the Emperor’s mosque, the Sarajevo synagogue and the Sacred Heart Cathedral. I cried for an hour at the Church of the Holy Angels (Michael and Gabriel), also called the Serbian Orthodox church. And yes, I visited the War Childhood Museum, just opened in 2017, with its poignant and heart-rending collection of precious objects of children across Bosnia and Herzegovina (Muslim, Serb and Croat) who shared memories of growing up in the war. And in the Tunel DB tour, I spent half a day with a war veteran who helped me understand the siege and its legacy on the current political realities of this fascinating and complicated place. 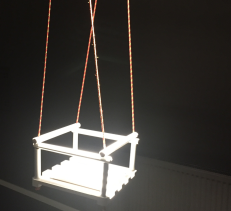 I breathed in the pain that the people of this city have endured. In Sarajevo, the tragic stories of loss are palpable all around. Everyone, it seems, has a story: a father being shot at by snipers while trying to fill a water bottle, losing a brother or sister to a landmine, or a family member lost in wartime battle. Time after time, I found my eyes locking with a old lady in the street, sensing our common losses and feeling the connection between us, as a permanent tattoo or etching on our hearts. 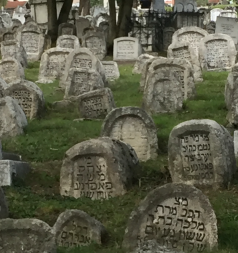 But of course you won’t be surprised to learn that I have spent a lot of time in graveyards while on my travels. Learning about the tragic history of Bosnia & Herzegovina, including the genocidal massacre of Jews at Jasenovac and the slaughter of 8,000 Bosnian Muslims at Srebrenica in 1995 was an important part of my experience here.

Wandering the Old Jewish Cemetery in the Kovačići-Debelo Brdo part of Sarajevo and here in Cologne, strolling in the historic Melaten cemetery, I found some peace. I am learning to treasure my grief. I am no longer afraid of it. I see so well that I am not alone as my travels enable me to engage with the pain of others.

In graveyards, it seems, I experience the loss of Roger and Rosemarie as a chance to dwell in the past, present and future — all in the same moment. As an American wandering in Europe, it was Walt Whitman’s Leaves of Grass that washed over me as I strolled in the graveyards:

A child said, What is the grass? fetching it to me with full hands;
How could I answer the child? I do not know what it is, any more than he.

I guess it must be the flag of my disposition, out of hopeful green stuff woven.

…Or I guess the grass is itself a child, the produced babe of the vegetation.

…And now it seems to me the beautiful uncut hair of graves.

Tenderly will I use you, curling grass;
It may be you transpire from the breasts of young men;
It may be if I had known them I would have loved them;
It may be you are from old people, and from women, and from offspring taken soon out of their mothers’ laps;

And here you are the mothers’ laps. 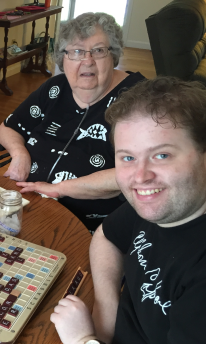 They are alive and well somewhere;
The smallest sprout shows there is really no death;
And if ever there was, it led forward life, and does not wait at the end to arrest it, and ceased the moment life appeared.

All goes onward and outward—nothing collapses;
And to die is different from what any one supposed, and luckier.